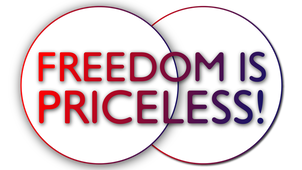 ​The daily operations of Reentry Essentials are overseen by an Executive Director, Director of Client Services, Director of Education & Outreach, Director of Employment, a Treasurer, and Secretary.

​Additionally, Reentry Essentials engages a dedicated group of volunteers and academic interns in our operations who assist with clerical and other support functions.

Note: To ensure the safety and anonymity of our team, we have redacted the names listed below. For questions or comments, please visit our Contact Us page to submit an inquiry.

As Executive Director of Reentry Essentials, Kristen is responsible for overseeing organizational administration, program development and implementation, fundraising, and community outreach. Kristen reports directly to the Board of Directors.

During the past twenty years, Kristen has held various positions in and outside of the nonprofit sector with varying degrees of responsibility. In furtherance of the overall mission and vision of Reentry Essentials, Kristen works with community, professional, civic, and private organizations to advance outreach and fundraising efforts.

Kristen assumed her position as Executive Director in January 2020. Since her arrival, she has helped Reentry Essentials to achieve significant growth in revenue and outreach efforts. It is through her unique leadership strategy that Reentry Essentials has solidified its role as a national social and criminal justice reform leader and reentry advocacy, reform and education provider.

Kristen is an active member of the American Correctional Association (ACA).

Tanya has spent 20+ years working to ensure access to housing, quality education, and employment opportunities for people impacted by mass incarceration. Most recently, Tanya served as the founding Executive Director of Life Unbolted Inc, where she grew from a grassroots advocacy reentry organization bringing awareness of the impact of the federal justice system on marginalized communities in New York to building collaborations on national reentry policy changes. Prior to that, Tanya served as a Podcast Consultant at Columbia Law School (CLS). Before that, Tanya was the Columbia Law School Paralegal Pathway Initiative (PPI) co-designer. This 14-week training program initiative leverages the talents of individuals who have gained legal skills while incarcerated and connect them with professional legal opportunities. Tanya has served in various development and operations roles at several successful non-profits, including Exodus Transitional Community and HeartShare Human Services. Tanya served on the NYC Mayor's Office of Criminal Justice Reentry Task Force. She was a contributing Stakeholder of the Coordination to Reduce Barriers to Reentry: Lessons Learned from COVID-19 and Beyond, Report to Congress from the Reentry Coordination Council: April 2022. Tanya serves on the board of Cases: Justice Peer Initiative. Tanya serves on the Finance and Programming committees of Restorative Justice Initiative NYC. Tanya is an ambassador for PPI and The Ladies of Hope Ministries EPIC Project.

Tanya holds an MBA in Business Management from Centenary University and a BA in Criminal Justice from John Jay College.

Reggie received is degree in Communication with an emphasis in Non-Profit leadership from California State University, Channel Islands. Since earning his degree, he has become an H.R. professional who specializes in building strong cultures, operational excellence, elevating talent, and scaling companies in creative and technology-driven environments.

​With a background in communications, executive coaching, and Human Resources, Reggie excels in is passion for helping others.

Prior to joining Reentry Essentials, Inc., Frances served as Chief Customer Officer for Versible Connect, with responsibility for all components of client strategy. This included leading the development of brand strategy and optimizing the company's marketing and digital presence to drive sales growth and customer loyalty.

​Reentry Essentials is governed by a Board of Directors comprised of professionals who represent a wide-range of social and educational backgrounds.

​Elected to two-year terms, each Board member voluntarily dedicates their time and expertise to ensure the overall success of Reentry Essentials.

David Bronner is Cosmic Engagement Officer (CEO) of Dr. Bronner’s, the top-selling natural brand of soaps in North America and producer of a range of organic body care and food products. He is a grandson of company founder, Emanuel Bronner, and a fifth-generation soap-maker. Under David and his brother Michael’s leadership, the brand has grown from $4 million in 1998 to over $190 million in annual revenue in 2020.
​
David and Michael established Dr. Bronner’s as a sustainable leader in the natural products industry by becoming one of the first body care brands to formulate with hemp seed oil in 1999 and to certify its soaps, lotions, balms, and other personal care products under the USDA National Organic Program in 2003. Both actions resulted in high-profile litigation with government agencies, DEA and USDA respectively, that Dr. Bronner’s ultimately won, cementing Dr. Bronner’s activist orientation in the natural products marketplace. Over the years, David and Dr. Bronner’s have been key leaders in fights for GMO labeling, industrial hemp farming in the U.S., high-bar organic and fair trade standards, drug policy reform, and a fair minimum wage.

Since 2006, Dr. Bronner’s has partnered with certified organic and fair trade projects around the world to source all major ingredients, including olive oil from Palestine and Israel, coconut oil from Sri Lanka, peppermint oil from India, and sustainable palm oil from Ghana. Now, these suppliers of Dr. Bronner’s organic and fair trade coconut, palm, and mint oils are Regenerative Organic Certified. Furthermore, Dr. Bronner’s is a founding partner in the Climate Collaborative, which leverages the power of the Natural Products Industry to compel action on climate change.

In addition to his support of advocacy for regenerative organic agriculture, David directs Dr. Bronner’s resources to support movements for animal rights, fair pay, and drug policy reform among other causes. One of his passions is the responsible integration of cannabis and psychedelic medicine into American and global culture and he is a board member of the Multidisciplinary Association of Psychedelic Studies.
​
David was born in Los Angeles, California in 1973 and earned an undergraduate degree in biology from Harvard University. He is a dedicated vegan and enjoys surfing and dancing late into the night. He currently lives in Encinitas, California.

Ms. Jividen was appointed as the Commissioner for the West Virginia Division of Corrections and Rehabilitation, effective January of 2018. As such, she was responsible for overseeing the state’s 10 prisons, 10 jails, 4 community corrections centers, and 10 juvenile facilities, along with approximately 4100 employees and more than 12,000 offenders.

​In addition, Ms. Jividen served as the Reentry Coordinator for the Northern District of West Virginia, working with correctional staff, probation officers, inmates and reentrants - both inside facilities and outside in our communities - assisting with projects and programs aimed at making successful reentry a priority and a reality. She has spent many hours both professionally and personally engaged in work that promotes successful reentry, and by extension, the safety and welfare of communities throughout West Virginia. Ms. Jividen was also instrumental in the development of the first federal Drug Court program for the Northern District of West Virginia. She serves as a board member for the Unity Center, HoH Share and the YWCA’s residential program for Women in Transition, Reentry Essentials, and as a volunteer at the House of Hagar and for the Project HOPE homeless outreach program.

Mr. Langford has nearly 30 years experience in corrections. During his 26 and a half year career with the Federal Bureau of Prisons (BOP), he held positions of increasing responsibility, including over 19 years Executive Staff experience, two appointments as Warden, and an appointment to the Senior Executive Service, a rank designation held by only approximately 7,000 of the over 2 million federal civil service employees. Additionally, he served for three years in private corrections where he served as Warden at two different locations, one servicing an Immigration and Customs Enforcement contract and the other a U.S. Marshalls Service contract.

During his career he has worked in all security levels and had oversight responsibility for all aspects of prison operations. He has successfully led his facilities through numerous American Correctional Association audits, Prison Rape Elimination audits, and Performance-Based National Detention Standards audits. Additionally, he worked on numerous policy development groups, successfully activated two facilities, and has developed training programs to facilitate staff development and succession planning.

Finally, he has demonstrated a progressive mindset in the areas of preparing those incarcerated for their successful return to society as they seek to reclaim and redeem their lives, working with a myriad of organizations to assist in this endeavor.

He holds Masters Degrees in both Business Administration from Old Dominion University and Criminal Justice from Charleston Southern University, is a graduate of the United States Army Drill Sergeants School, and is recognized by the American Correctional Association as a Certified Corrections Executive.

After serving nearly 25 years in prison, Tyrone earned a certificate in business and entrepreneurship through the Georgetown Pivot Program.

As Director of Reentry Services with the Prisons and Justice Initiative, he supports students with their reentry needs both before and after release. Tyrone believes that helping men and women while they are still on the inside is the most effective way to bridge the gap towards a successful reentry.

When Tyrone is not working, he is taking classes online to earn his bachelor’s degree in political science.

As an initial supporter of Reentry Essentials, Marty was instrumental in solidifying Reentry Essentials as a national reentry service provider. Marty passed away in 2022 but will forever remain a Board member as his spirit remains a driving force in our work.

--
​
For 40 years, Marty was the owner of Good Groceries Company, a natural and specialty food marketing company based in Brooklyn, New York. Under Marty's watchful eye, Good Groceries Company sold its products throughout North America and beyond under its Suzie's brand, named for his wife. Marty possessed an entrepreneurial spirit that saw him build and sell numerous companies during his lifetime.

Marty was a member of the United States Coast Guard Auxiliary and mentored many aspiring food industry professionals. Additionally, Marty enjoyed serving as mentor to returning citizens and helping them overcome the challenges associated with community reintegration.
Support Us